It's always better to skip one, rather than two... Decent year, all things considered.

Since I skipped the review of the eventful 2021, here's an attempt at a summary in place of an intro:

Trying to bounce back after the mess that was 2020 was a decent challenge on its own, topped with illness in my immediate family (now under control, thanks to the marvels of modern medicine), getting vaccinated against COVID, and receiving the Christmas gift of COVID for both Sara & myself (tough, but with no serious consequences).

On the upside, I managed to squeeze in a couple of trips in & around Croatia, and even abroad. It was also the year I started my graduate studies at Georgia Tech’s OMSCS program, and the year the green-left coalition won the mayoral mandate and formed the majority in the city council of Zagreb.

Things in 2022 were mostly natural follow-ups to these… So here we go:

As planned, I started Georgia Tech’s Online MSc in Computer Science (“OMSCS”) in Fall of 2021. As my bachelor’s was delivered online, too, there were no big shocks regarding the format & expectations. The experience of OMSCS just reaffirmed my already positive views on formal education, especially in a distributed (distance learning) setting.

While I think anyone outside the United States would have to be very hard-pressed to describe an 8000+ dollar degree as "affordable", it's commendable how Georgia Tech managed to further decrease the costs of tuition during my studies. For the benefit of everyone outside of North America, I can only hope this trend will continue.

All classes I took so far were outstanding, but I’d have to point out the Operating Systems (both the introductory and the advanced), and the Computer Architecture classes as the outliers. They helped structure plenty of things I’ve previously glanced over or heard of, and augment it with a ton of context and depth.

In the meantime, Georgia Tech added a Quantum Computing class to OMSCS’ offerings, and I’m very much looking forward to taking it next semester. If all goes well, Fall of 2023 should be my last semester before graduating.

After almost six years, I felt like I needed a change of pace career-wise. I left tvbeat and joined Minimum, a carbon accounting & management start-up, as a software engineer. As well as an opportunity to work on something I deeply care about, this also gave me the chance to — again! — work with one of my dearest and bestest of friends, Boni. It was also a great reason to seriously dive back into Python after a long while.

It would be difficult to overstate how much I've learned during my tenure at tvbeat, and how privileged I felt to be one of the few people to get paid to write Rust all the way back in 2018.

I spent late 2021 and early 2022 in Phoenix, a place I liked significantly more during winter than during summer. 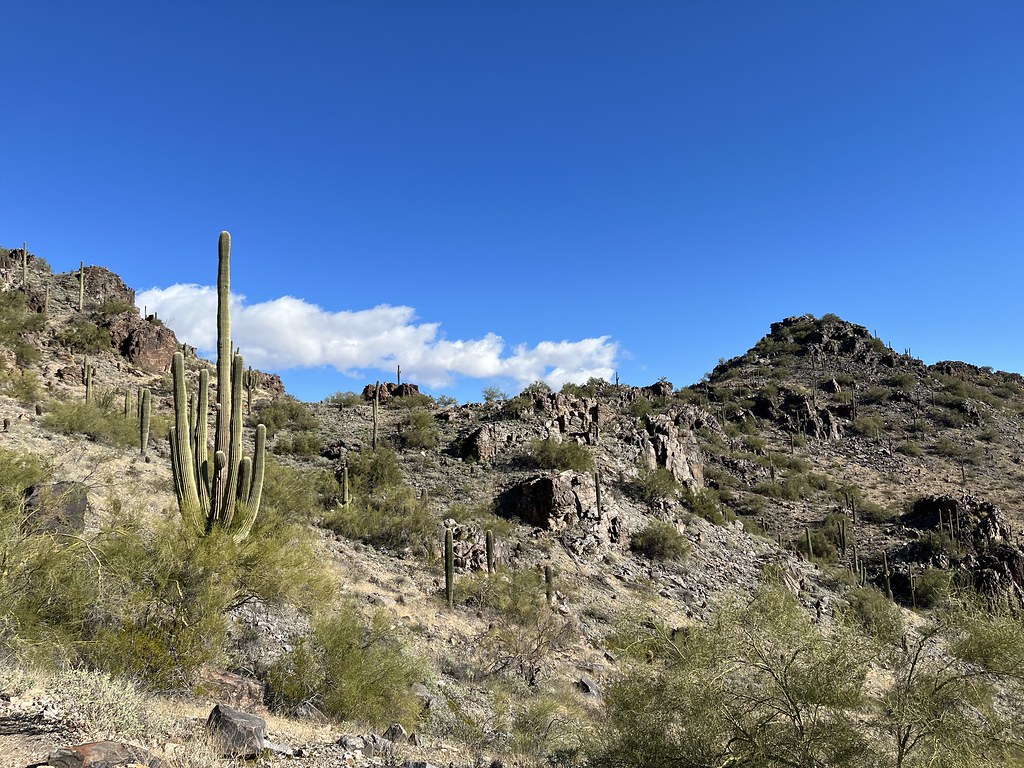 During the rest of the year, I roamed around the UK a bit to visit my new colleagues in London, in addition to going up north for a short trip to the beautiful city of York. After a long time, I visited Budapest again. After three years, I visited my not-quite-birthplace, Vareš. Also: Rovinj, Gorski Kotar, Plitvice.

There's this treasure of a website for Croatian readers called "e-lektire", providing ebook versions of a huge chunk of assigned reading for Literature classes in elementary and high schools. Its unsurprising focus is on Croatian literature, but there's a fair deal of European classics available as well: certainly enough to keep one busy for a while.

Perusing it, I read two books I skipped as a student: Dostoevsky's "Crime and Punishment", and Tolstoy's "Anna Karenina". Sadly, both Croatian translations available through the website were ancient — one of them from 1916! Consequently, the language and style was very hermetic and archaic for the modern reader, but not prohibitively so.

Making a value judgement on two seminal novels would be too pretentious even for a very personal text like this one, so let's just say I'm glad I finally faced my omissions. As a matter of happenstance, a modern translation of Crime and Punishment was published in 2022... I might treat myself to a re-read!

On a less pretentious note, earlier in the year, I spent some time hanging out with Andrea Camilleri's commissario Montalbano, a remarkable series of crime novels set in Sicily. My Italian is nowhere near the level required to read these, so I relied on Croatian translations here, too: this time the translation felt extraordinarily successful, almost to the point of absence.

Not a lot of concerts this year for me. Slight COVID paranoia combined with post-lockdown laziness did its thing, and I found it very tricky to get back into it. A few that particularly stood out were: 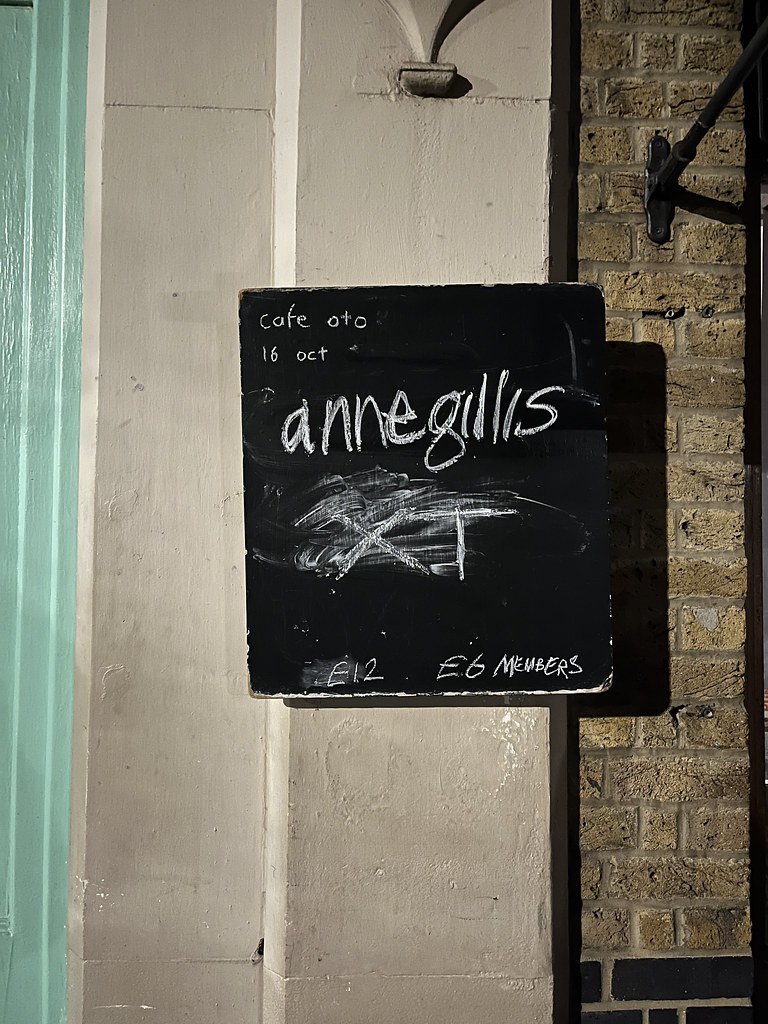 As far as recorded music is concerned, I'll continue the tradition of listing albums I thought were particularly great in 2022 with Bandcamp / indie links where available:

I also went down the rabbit hole of Albert Ayler’s music, encouraged by the wonderful remasters released on the important ezz-thetics series by Hat Hut.

As mentioned, the Croatian green-left party Možemo! and their local partner Zagreb je NAŠ!, both featuring yours truly as a member, won the local election in Zagreb in 2021. Managing a big city like Zagreb would be tricky in any case, but after 20+ years of corrupt government, it proved to be even more challenging than expected.

I've carried on coordinating the parties' IT working group together with Dražen, and a few of us were trying to make sense of the city's digital infrastructure by volunteering in one of the mayor's working groups. After more than a year doing so, I feel significantly more informed on the public procurement legislature of Croatia, but terribly overwhelmed by the scale & velocity of change required for tangible progress.

That said, I met quite a few smart people working in the city administration, and found parts of the infrastructure to be in much better shape than I could ever imagine.

Health-wise, I finally had to face an issue I’ve been fighting since elementary school: my notoriously unstable shoulder joint. Early in the year, I suffered another luxation. I stopped counting somewhere around dislocation #30, and I took this as a sign to finally go ahead with Bankart repair surgery.

I was in good hands in Zagreb’s Traumatology Clinic: the surgery itself was as uneventful as one could hope it’d be. The recovery was… long and painful. My range of motion was non-existent for the better part of the month post-op, and the pain during the first week was intense. Certain aspects of physical therapy were mentally draining: I felt prepared for physical pain (I wasn’t), but the stress of having to go through shoulder movements which would previously imply instant dislocation — that was on an entirely different level.

Luckily, I had Sara by my side, a good therapist, and visible, if slow, progress on a weekly basis. All of that helped keep my spirits up, and here we are. My range of motion still isn’t 100% there — it’s unclear if it’ll ever be — but the pain is gone, the shoulder feels stable, and I can do everything I used to and more.

The only “side-project” worth mentioning is a bit of technical support I do for my good friend IMS with his fantastic fictional podcast, The Program audio series. Other than regular maintenance of the website, I implemented a very simple rating widget for individual episodes using Deno Deploy & Neon. I enjoyed the development experience between the two — both have their rough edges UI-wise, but the platforms themselves work well.

This was also my first time using Web Components in anger: I reused the Nude UI rating widget which pleasantly surprised me with its simplicity and ergonomics.

In other news, I slightly redesigned this website to keep up with the times. To top that, I wrote a very simple Markdown static site generator thingy in Rust, which was a very entertaining exercise. Now I have a bit more flexibility with regards to the organization here — let’s see if I actually make use of it.

Simplicity seems to have worked for 2021, so let's unimaginatively give that another shot. This year wrapped up with both Sara and myself being healthy, safe & sound, and having stable careers — can’t really ask for much more in these times.