We Made a Conference (For Fun and No Profit)

A short write-up on the organizational aspects of the WebCamp Zagreb 2017 conference, where I coordinated the sponsorship aspect of the story.

Last week I've had the pleasure and the opportunity to work with a team of fine people on delivering another WebCamp Zagreb conference. WebCamp is a yearly community event organized by members and friends of various meetups and user groups in Zagreb on a fully volunteer basis.

I've joined WebCamp in early 2016, after a few of the core organizing members left due to lack of time. Before that, I've visited as an attendee and a speaker. I was thrilled that a big, non-profit conference with no corporate brain-washing took place in Zagreb, so I stepped up and joined the organization.

Since then, I've been responsible for managing the day-to-day administrative and accounting issues for our little NGO, and coordinating the sponsorships of the conference.

How to Organize a Conference Without Really Knowing What You're Doing

In early 2016, I had no idea what I'm doing. I had experience doing the paperwork chores because I ran my own company, but NGOs have their own set of subtly different rules. Fundraising-wise, WebCamp was an established conference with quite a reputation by then, so I kinda assumed that we shouldn't have too much trouble finding sponsors, but my experience in actual sales were non-existent.

That fact is visible in the 2016 budget: the income was noticeably lower than in 2015, mostly due to the lack of sponsors. We weren't able to find a diamond sponsor, and the interest was tangibly lower. Ultimately, we managed cut a few expenses here and there, and the net balance of the conference was positive. We delivered a decent event which even left us a lump of capital for the 2017 edition.

That whole episode was somewhat defeating. It's hard to convince yourself to continue doing something when you have hard proof you're not doing it all too well. But a sample of one isn't really statistically relevant, and not a really good argument for quitting. The team was pretty enthusiastic despite the initial reluctance, so we decided to give it another go.

Based on a tip by our friends from Slovenia, we have decided to do one additional thing which has worked well for them: we sent out a "call for sponsors" email to our mailing list asking our newsletter subscribers to help us recruit sponsors within the companies they work for, or to simply suggest any ideas for companies we could contact. In parallel, I have sent out a bunch of emails both cold and hot, and... waited.

It turned out to be quite a success. We sold out almost all of our sponsorship tiers, the income was the highest so far, and this year we have a really decent sum of capital for the next WebCamp, as well as any other projects that we might want to do.

There are a few other things worth mentioning that aren't a consequence of the budget (or at least not a direct one): we've had the lowest amount of no-shows yet (below 5%), we introduced a talk committee with several trusted members of the community which resulted in some of the best WebCamp talks yet, and more.

See You Next Year?

Organizing an event for 800+ people for two days is no easy feat. WebCamp, luckily, has a really motivated team, and a set of partners that make things easier. At times, it's incredibly frustrating, but the net result is a bunch of new acquaintances, an incredible number of fun chats with the visitors, and an event that seems to be important for the regional tech community. 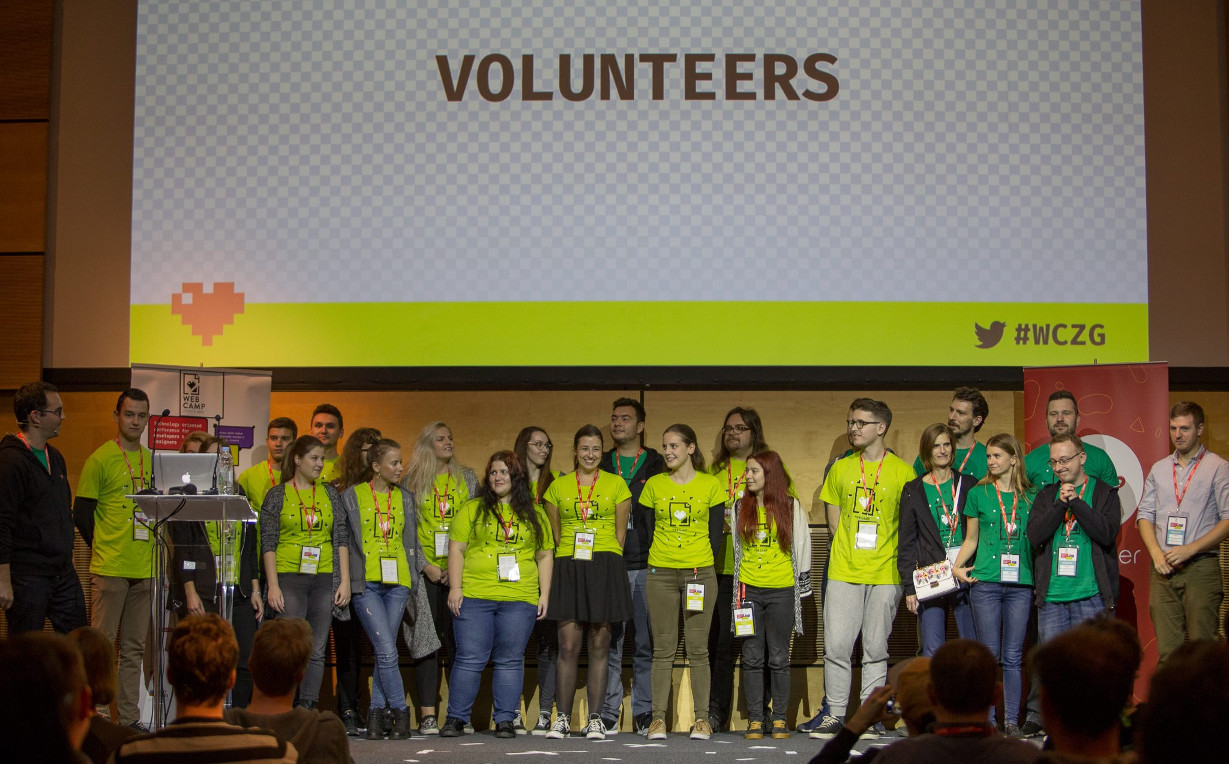